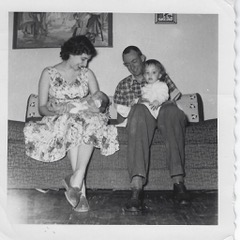 The inspecting officer came into the maternity ward at 0800 hours each morning. We were definitely not glad to see him and it never until this moment occurred to me to wonder how he felt about seeing us.  By the time he arrived, 21 new mothers, sardined into space meant for half that many, were expected to have been out of bed for two hours. We had eaten breakfast, folded the laundry, mostly hospital tops and diapers (which were definitely not disposable). Those close to going home had mopped the floor and, oh yes, we had fed our babies.

Anyone who had a baby in a military hospital in the 1950’s and 60’s. knows that comfort was not part of the picture.  Apparently this was a demonstration to the wider world that while the spouses of US armed forces members were permitted to have their babies at this military hospital, our 5 day stay at government expense was designed to make us anxious to be on our way home.

There were a lot of babies born at Castle Air Force Base in the fifties.  The story was that the jets took off too early for young couples to get up, and too late to go back to sleep.

My  baby girl did not arrive until 0345 hours, so I was allowed the privilege of staying in bed until noon that first day.

“You don’t look very good,” the inspecting officer commented with an appraising glance at my overall dishevelment.

“Yeah?” I responded, being careful to preserve ladylike demeanor,  “How the hell do you think you’d look?”  Apparently he hadn’t considered this before because he immediately departed to think abot it.

Someone said that the day your first child is born that is your real Mother’s Day.

If so, I had a real Mother’s Day surprise. I hoped never to be back in that hospital again.  But I inadvertently conducted some informal research on the likelihood of a new mother becoming pregnant while breastfeeding. It’s really likely in my experience.  Self Magazine says, the chances are less than 2%.  My market research proves that this is wrong.  I was surprised to be back in the hospital in a scant 13 months mopping, folding and collecting another baby, a boy this time.

So far, I didn’t like Mothers Day that much.

By the time, I was 21 years old with two toddlers 13 months apart, we were stationed just off the Golden Gate bridge on the Presidio of San Francisco. The fog kept the diapers from drying outside so they had to be hung indoors on folding wooden racks.

I was exhausted. In desperation, I invented a game where I stretched out on the floor and pretended to be the Golden Gate Bridge while the children marched or drove over me in their pedal cars. I got a massage and a nap at the same time.

Like all young mothers, I was supposed to be freshly showered and coiffed a in a freshly ironed dress with a string of pearls when my hero, the head of the house came home.  I managed it through three kids. Then I lost interest. Did I mention I never cared much for Mothers Day?

This feeling was actually shared by Anna B. Jarvis who invented Mother’s Day.  According to an article in Mental Floss, she regretted it so much that she tried to sue floral companies and was totally against the commercialization that sprang up everywhere after Mother’s Day was made official.  It was the custom that women wear a corsage of carnations. If your mother was alive, the flowers were red and if she were dead, you wore white.  One year our Sunday school teacher wore a variegated corsage of white carnations streaked with red and we figured her mother must be really sick.

I must admit I love the calls and cards that come with Mothers day. One year a friend copied my preschool daughter’s drawing onto cotton, sewed it, stuffed it and turned it into a small pillow that I still cherish.

Ana Jarvis became so discouraged about the greetings cards and gifts that she wrote, “There isn’t a mother anywhere who wouldn’t rather have the poorest scribble from her child over a fancy greeting card.”

She referred to florists, greeting card manufacturers and others as “charlatans, bandits, pirates, racketeers, kidnappers and termites.” She even began a door to door campaign with petitions to end Mothers Day.

Anna Jarvis really didn’t like Mother’s day. But I guess next Sunday, I’ll be waiting for the calls and cards like every other Mom.  I’m past the point where I need “things” but I can sure use smiles. Maybe I do like Mother’s Day, after all.

WHERE TO FIND DOROTHY in May:

2 PM June 3 – The Zoom Book Doctors – Experts on getting your book published.

REQUIEM FOR A GENERATION BY LEE LEVIN 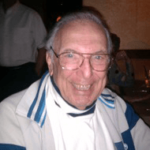 Recently I read an article titled ‘Whatever happened to humility?’ (Roland Kidder, Observer, October 8, 2020) It was excellent, and it got me thinking other words that have also disappeared. Words that once had real meaning. Honor. Respect. Duty. Civility. Chastity. Courtesy. Sportsmanship. Manners. Integrity. There are many other words that now are relics, consigned to the obscurity of dictionaries.

I am in my nineties, way past my life expectancy expiration date, one of the few remaining of what Tom Brokaw called the Greatest Generation. And I can no longer recognize my country. … Read more

TALK BACK? AGREE OR DISAGREE?

What do you think about this month’s spotlight article? Tell us what you think. Stand up for your generation. Send articles, letters, pictures videos, and other responses to Dorothy@mygenerationgap.com 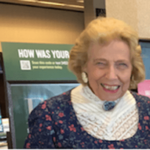 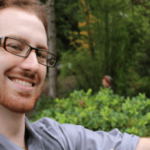